The preference of using prescription sports sunglasses is common among sports lovers, be it an amateur or a professional. Protective sunglasses during sports help take the game to the next level. The use of polarized lenses, prescription sunglasses, is considered a must-have, especially for runners and cyclists.

What Makes Prescription Sunglasses Stand Out Among The Rest?

Prescription sports sunglasses are designed with polarized lenses that offer better protection compared to standard sportswear. The user of protective sunglasses gets the benefit of seeing objects, unhindered, and sharper. Prescription sunglasses can be worn by fishermen to identify shallow water fishing areas.

During the daytime, the possibility of sunlight reflecting from the surface of water, metallic objects, cars - hitting straight into the eye reduces vision and also changes color perception. Light can also be reflected from multi-layered coarse surfaces such as the road.

Prescription sports goggles can eliminate a possible distraction from shifting the focus leading to potential accidents.

Prescription sunglasses are made from polarized lenses which can be a great option for professional skiers or snowboarders. However, they are not considered for extremely professional activities in the snow. Users prefer using prescription sunglasses for traveling during winter months, especially during snowfall. Snow has the capability of reflecting about 80% of ultraviolet rays. Keep in mind, spending too much time in the snow is harmful, however, polarized lenses block the harmful rays from creating damage to the eye.

It becomes difficult to perceive clear vision during extreme light conditions. With the use of prescription sunglasses, the difficulty of perception will remain no longer. When the eyes do not see clearly, it creates pressure on the brain forcing it to see clearly. With computer prescription glasses, there will be less pressure on the brain. The lenses enable the user to fully focus on sports performance reducing the eyes' exposure to headache, fatigue, and nausea.

Who new prescription glasses could also be allergic. About 2% of people globally are allergic to polarized lenses in prescription sunglasses.

The glasses remove glare which in turn also takes away the ability for people to correctly distinguish between contrast and depth. For example, surfers find it difficult to judge the depth of the sea waves because prescription glasses take away maximum light. 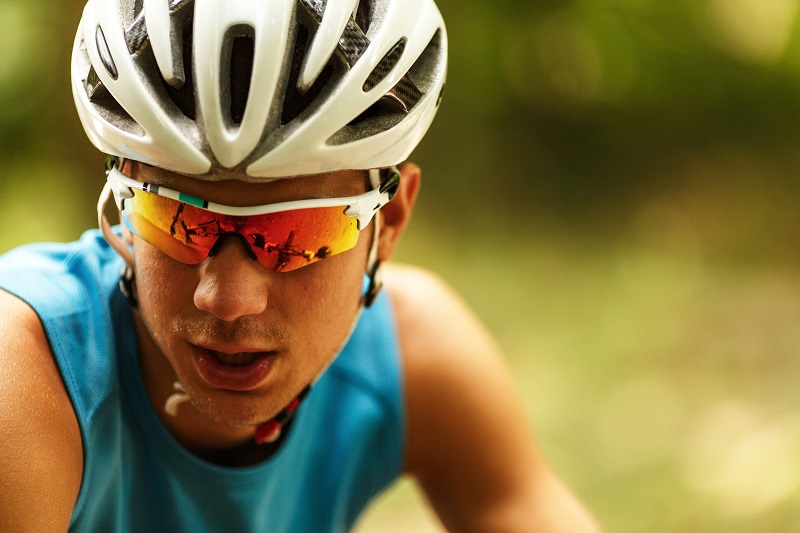 Prescription sports sunglasses come with a wraparound shape and curved lenses which is slightly considered a time-taking adaptive measure. The surface is wide because of the frame, shape, and for some individuals may increase the chances of blurred peripheral vision.

The lenses are designed with specific coatings to protect against ultraviolet rays and securing the eye from a potential hazard. Prescription sunglasses have 5 types of coatings as below:

The coating allows the water to glide over the lens and therefore the user, for example, a swimmer does not suffer from restricted visibility.

Especially used under heavy lighting, because the coating eliminates the reflective layer and reduces pressure on the eye.

The lens with the photochromatic coating is capable of growing darker on lighter according to the intensity of the light.

Any form of marks that can make the lens blur, for example, fingerprints, do not make a print on the lens.

As the name suggests, eliminate the sun’s glare from surfaces like snow car bodies, road, and water.

Are Prescription Sunglasses For Winters?

There is a wide range of prescription sports sunglasses for winters that help to see clearly and keep your performance consistent. Without proper glasses, a person may suffer from limited vision, especially during winters without foreseeing the possibility of rocks, ice, and other obstacles in the way.

The technology of using prescription sunglasses during winters have been increasingly popular because of the following reasons:

Every product has its share of pros and cons. It is important to have the corrective power and the tint of the glass. Although, t takes time it takes time to adapt to the huge surface area of the glasses, but once done, becomes a habit.